Democratic Transformation and Obstruction: EU, US, and Russia in the South Caucasus

This book investigates democracy promotion by the European Union and the United States of America, and seeks to uncover why intensive democracy promotion has resulted in limited democratic progress. Exploring case studies of Armenia, Azerbaijan, and Georgia, this book examines the conditions in which democracy promotion is more likely to result in democratic transformation. In addition, it introduces the concept of the “democracy blocker,” a powerful authoritarian regional actor that is capable of blocking democratization in other countries.

This book will be of interest to students and scholars of Political Science, Democracy, Democratization, EU Studies, US Politics, Comparative Politics, and Foreign Policy. 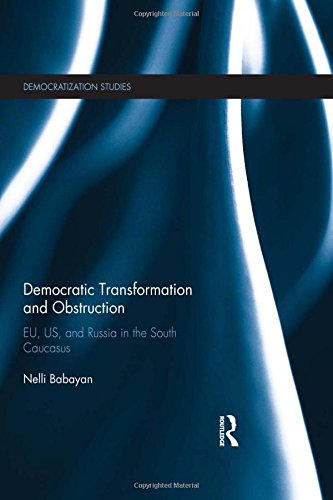 Democratic Transformation and Obstruction: EU, US, and Russia in the South Caucasus