Fighting for America: The Struggle for Mastery in North America, 1519-1871

Prize winning author Jeremy Black traces the competition for control of North America from the landing of Spanish troops under Hernán Cortés in modern Mexico in 1519 to 1871 when, with the Treaty of Washington and the withdrawal of most British garrisons, Britain accepted American mastery in North America. In this wide-ranging narrative, Black makes clear that the process by which America gained supremacy was far from inevitable. The story Black tells is one of conflict, diplomacy, geopolitics, and politics. The eventual result was the creation of a United States of America that stretched from Atlantic to Pacific and dominated North America. The gradual withdrawal of France and Spain, the British accommodation to the expanding U.S. reality, the impact of the American Civil War, and the subjugation of Native peoples, are all carefully drawn out. Black emphasizes contingency not Manifest Destiny, and reconceptualizes American exceptionalism to take note of the pressures and impact of international competition. 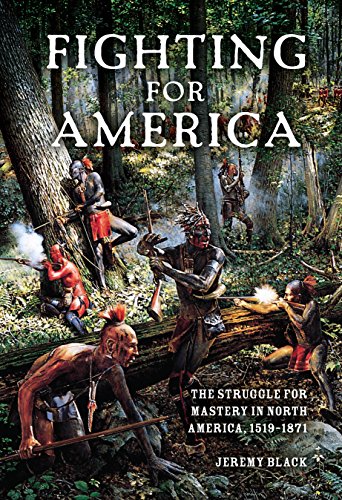 Fighting for America: The Struggle for Mastery in North America, 1519-1871