From Louis XIV to Napoleon: The Fate of a Great Power

Much of the period 1661-1815 appeared to be the age of France. France was the greatest power in Western Europe in the late seventeenth and eighteenth centuries and Louis XIV and Napoleon seemed to dominate their periods.
yet when Louis XIV died in 1715, and again after Napoleon’s attempt to resume power was defeated at Waterloo a century later, France appeared as a waning power. This failure in Europe was matched on the world scale. France was overtaken by Britain in the struggle for maritime predominance, and ended the period with her empire in ruins.
From Louis XIV to Napoleon is a scholarly yet accessible account which considers why France was not more successful and throws light on French history, international relations, warfare and the rise and fall of French power. 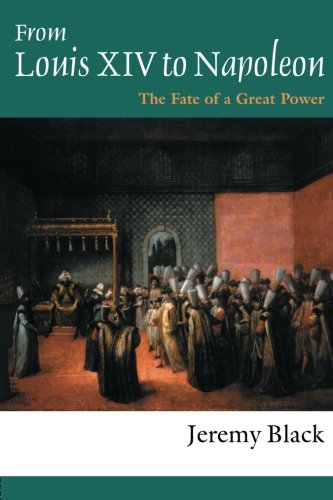 From Louis XIV to Napoleon: The Fate of a Great Power