Greek-Turkish Relations in an Era of Détente

Greek-Turkish conflict-ridden relations have long occupied a problematic position in the Western alliance, first in NATO then, more dramatically, within the context of the newly developing European Union and its defence initiatives. Following three major earthquakes on both sides of the Aegean, the two countries have now experienced, firstly, a public empathy towards each other, and secondly, a significant diplomatic rapprochement. This rapprochement though has failed to resolve the Cyprus conflict, and is now at risk of reverting back to a series of conflicts. This book addresses the crucial issues between Greece and Turkey, from a critical perspective, and provides an up-to-date assessment of the current state of the Greek-Turkish rapprochement and its future development. 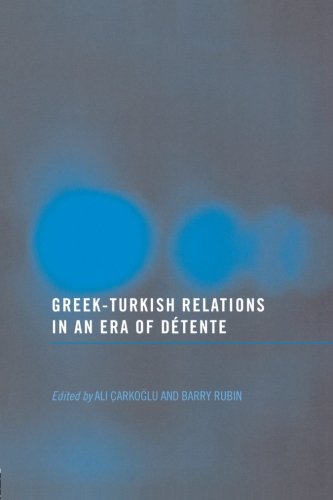 Greek-Turkish Relations in an Era of Détente