Kings, Nobles and Commoners takes head-on the leading questions in the history of early modern Europe–questions vital for an understanding of the period, and now at the top of the history agenda for academics, students and general readers. Was religion the badge of identity and inspiration for the state? What was the nature of the state? Did Protestantism lead to political and economic progress and Catholicism to absolutism, decadence and extinction? Jeremy Black’s revisionist history shows that while “bourgeois” Protestant states like the Netherlands and Britain prospered and, in Britain’s case, became a global power. “Reactionary” Catholic states like Austria and France at various times remained stable until the deluge of the French Revolution. “Absolutism” was no myth, but absolutist states still had to rule with consent. Jeremy Black links these themes into a rich and coherent tapestry to give the clearest and most authoritative picture of the complexities of the early modern period. 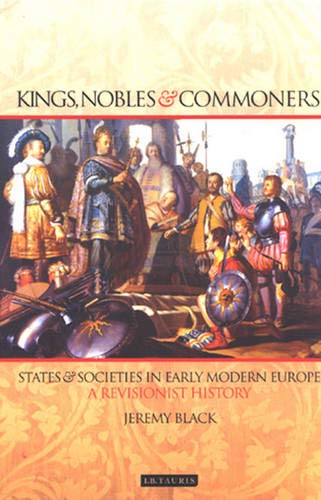