A Nation Must Think Before it Acts New Century War
Share:

War is a subject of universal interest that continues to haunt our future as much as it has disfigured our past. Since the Gulf War public discourse in the West on the future of war has often seemed intoxicated by the new military technology and the prospect of a new paradigm of warfare as an instrument of global governance: quick, low-risk, low-casualty conflict that serves the interests of a ‘world community.’ In this timely and compelling book Jeremy Black examines the global contexts of war. In place of an over-sanguine estimate of the effectiveness of force-backed Western mediation he dispassionately assesses the present, and likely future, role of war in shaping the world order. He explores key themes such as changing gender relationships, religion and identity, the continuing rise of China as a competing world power with the USA, and ‘rogue states.’ 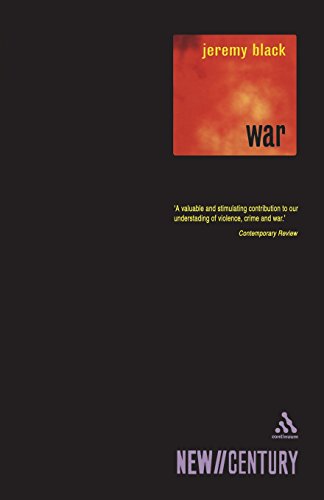