Russia’s Far East: New Dynamics in Asia Pacific and Beyond

The strategically located Russian Far East―a vast expanse stretching from Lake Baikal to the Pacific Ocean―is notable not only for its rich natural resources, but also for the economic challenges, internal dissent, and risks of foreign encroachment that it faces. Rensselaer Lee and Artyom Lukin explore the history, economics, and politics of the RFE in the context of its geopolitical significance both regionally and internationally. Lee and Lukin address questions that have become increasingly important in current global politics: What are the implications, for example, of Russia’s growing economic dependence on China? Could the emerging Sino-Russian entente result in the RFE becoming a de-facto appendage of the PRC? To what extent is Moscow willing, or able, to strengthen its links to its neighbors other than China? Can Russia and the US act in partnership to further their common interests in the region? As they suggest answers, the authors shed much-needed light on a previously understudied topic. 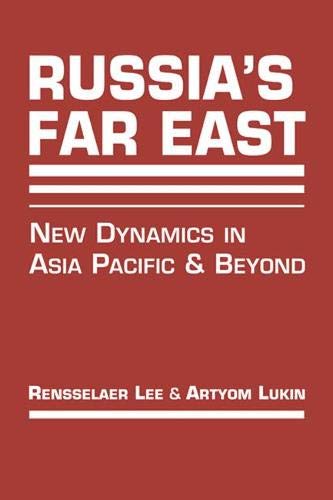 Russia's Far East: New Dynamics in Asia Pacific and Beyond