The Politics of James Bond: From Fleming’s Novels to the Big Screen

The adventures and antics of James Bond have provided the world with many of the most gripping story lines of the last half-century. Fleming’s novels were bestsellers in their day, and the Bond films have been even more popular, becoming the most enduring and successful film franchise in history. By some estimates, half of the world’s population has seen a James Bond movie. A fascinating and accessible account of this global phenomenon, The Politics of James Bond uses the plots and characterizations in the novels and the blockbuster films to place Bond in a historical, cultural, and political context.
Jeremy Black charts and explores how the settings and the dynamics of the Bond adventures have changed over time in response to shifts in the real-world environment in which the fictional Bond operates. Sex, race, class, and violence are each important factors, as Agent 007 evolves from Cold War warrior to foe of SPECTRE and eventually to world defender pitted against megalomaniacal foes. The development of Bond, his leading ladies, and the major plots all shed light on world political attitudes and reflect elements of the real espionage history of the period. This analysis of Bond’s world and his lasting legacy offers an insightful look at both cultural history and popular entertainment. 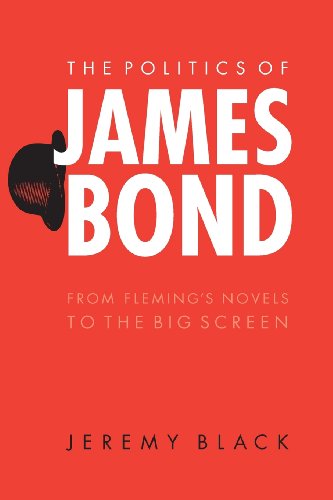 The Politics of James Bond: From Fleming's Novels to the Big Screen