Powerful forces work against efforts to control the flow of illegal narcotics into the United States from the Third World.  The potential for conflict and recrimination is built into the situation.  The main consumer countries are poor and predominantly agricultural.  Cocaine traffic in the Western Hemisphere is a particularly serious example of how this conflict of interests plays out.

The White Labyrinth explains why it is so difficult to take effective action against the cocaine problem.  It looks closely at problems faced by producing countries: the economic and political pressures that make it so difficult to address the problem from a supply-side perspective.  It analyzes the devastating pressure tactics of “coca lobbies” and cocaine trafficking syndicates.  It explores the complex relationships between the cocaine industry and leftist revolutionary movements.  It examines the negative consequences of actions taken by the United States. The White Labyrinth is an in-depth examination of a problem that is of paramount public concern.  It will be of interest to all those concerned with the development of effective policies, from parents to public officials. 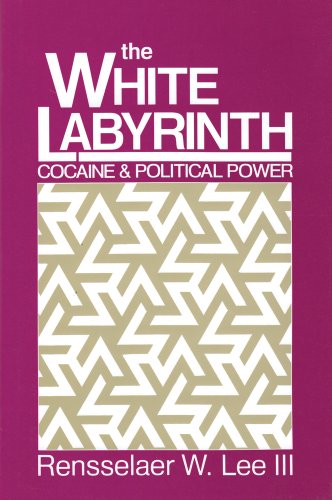