A Nation Must Think Before it Acts Trumping Up Baltic Foreign and Security Policies
Share: 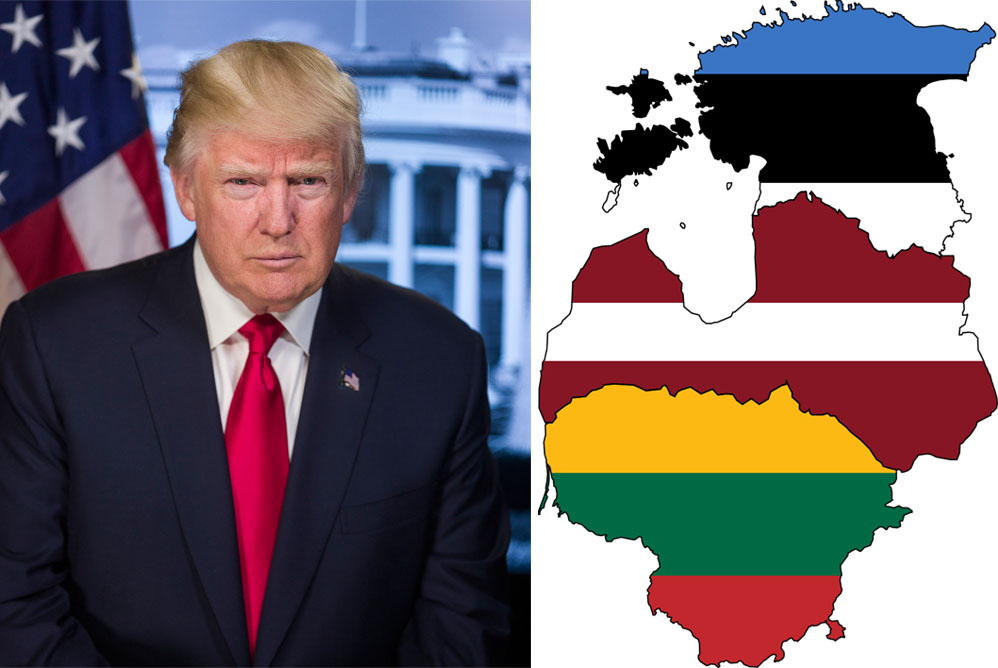 The Baltic states appear to be underestimating President Donald Trump, just as others have before. Baltic elites should use caution when dealing with Trump’s America. The elite in America underestimated Trump’s ability to win and underestimate his ability to implement his radical agenda. At every stage (primary election, general election, and now the presidency), Trump has done and is doing exactly what he promised, much to the surprise of political pundits. His actions and statements have resulted in chaos, which Trump hopes to use to get a better “deal” for America. Trump’s interest-based foreign policy will not be kind to the Baltic states, so Baltic leaders should look to deepen cooperation with other key allies, such as Germany, and work even harder to strengthen multilateral institutions.

A recent Foreign Policy article describes the Trump doctrine as “tactical transactionalism.” Trump’s foreign policy thinking is problematic for small states and is especially problematic for small states that have tied their security policy to the United States. At first glance, it might not seem threatening. U.S.-Baltic relations have always had a flavor of transactionalism. Baltic states eagerly sent troops to Iraq and Afghanistan to demonstrate solidarity with the U.S. In the name of solidarity, they did what many allies were not willing to do. Lithuania hosted a CIA “black site” prison, and Estonia accepted a Guantanamo Bay detainee. In return, the Baltic states expected and received the full benefits of being allies with the United States. NATO’s forward presence is the most tangible example, but Obama’s visit to Tallinn in 2014 demonstrated the political and psychological benefits as well.

While there were some aspects of transactionalism in Baltic-U.S. relations pre-Trump, the term did not fully explain the relationship. First, the United States was not really interested in the contributions of the Baltic states, but rather the political symbolism of that contribution. In other words, the United States cared more about maintaining the U.S.-led liberal world order and the global institutions that represent it such as NATO and the European Union (EU). Baltic participation played a role in increasing the legitimacy of that order. The symbolic nature of their contribution is why the Baltic states could get so much bang for their buck: for the small price of deploying a few hundred troops, they had the full political and military support of the United States. President Trump will likely not care much about the importance of the symbolism of Baltic participation.

President Trump is not interested in maintaining global institutions that bind the United States through rules and multilateral interdependence. He has been very vocal against multilateral trade deals and has expressed skepticism about NATO on several occasions, most recently in a phone conversation with France’s President Hollande. Trump is interested in material benefits for the U.S.: in Trump’s world, he is interested in what others can do for him and for America. In a zero-sum world, such thinking has left him to focus almost exclusively on bilateral relations with large states such as China, Russia, the United Kingdom, and Japan.

Baltic policymakers should go back to the drawing board to create a new grand strategy because solidarity with the United States can no longer be the prime directive of Baltic foreign policymaking. Instead, Baltic leaders should focus on maintaining multilateral, rule-based institutions, first and foremost the EU and NATO. The Baltic states have typically been keen on supporting these institutions already. All three Baltic states adopted the Euro and have been active participants in NATO missions. Despite their supportive policies, NATO and the EU are often seen in terms of what they can do for the Baltic states. NATO is the protector from Russian aggression, and the EU provides billions to the budget. When NATO or the EU engages in activities that are in opposition to Baltic interests such as the refugee relocation policy, the Baltic states should ask not what NATO and the EU can do for them, but what they can do for the EU or NATO.

Specifically, they will have to place the good of the institution above bilateral relations with the United States. In 2003, Europe was split over the Iraq war. The Baltic states sided with the United States. In the future, if a conflict is too controversial to gain the support of NATO or the UN, then it should not gain the support of the Baltic states. Given the existential importance of the United States to NATO and the questions that Donald Trump brings, it would be wise to elevate the importance of the EU over NATO. In the past, Baltic leaders have supported deeper European military integration as long as it did not duplicate NATO; they should remove that caveat and support EU integration further even if there is some duplication.

The Baltic states have also been strong supporters of the Eastern partnership countries and EU and NATO enlargement. Given the fragile state of both NATO and the EU, Baltic states should shift the priority from future enlargement to commitments of current integration. Estonia’s upcoming presidency of the EU will be a good platform to accomplish these goals.

Baltic leaders would be wise to pinpoint allies that are willing to stand and fight for a rules-based world order that would benefit small states and represent the democratic values that the Baltic states have come to cherish. Germany is now the most influential country that strongly supports the current order, and these three countries should seek even more avenues to deepen relations with Germany. Placing multilateral institutions and bilateral relations with Germany at a higher priority than the United States does not mean abandoning or giving up on America. Many European leaders feared that President Obama would also abandon them with his pivot to Asia. Obama eventually found that the easiest way to get things done was with European allies. Baltic leaders should pursue engagement with the Trump administration, but they also need to be realistic about the limits of that policy.

It may be that Trump will find the price of a transactional foreign policy too steep and will instead value solidarity with his allies. Others may hope to simply wait out Trump’s presidency and expect the liberal world order to reassert itself. Unfortunately, they are underestimating the ease at which world orders can be undone and the difficulty in which they can be formed. Baltic leaders should be cautious. Without proper preparation and action, they are most likely to pay the price of Trump’s transactional foreign policy.

Matthew Crandall is an associate professor of International Relations at Tallinn University.

Principle and Prudence: A Foreign Policy of Prudent American Realism

American Greatness President Obama’s foreign policy has been a disaster. The failures are legion: the Russian “reset” that has enabled […]

President-elect Donald Trump is in the midst of selecting his national security team. He not only needs to decide the […]

Saudi Arabia in the Crucible: A Conversation with Abdulrahman Al-Rashed