A Nation Must Think Before it Acts The Trump Administration’s Internal War over Russia
Share: 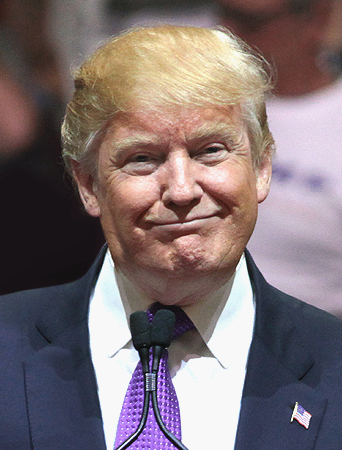 The ancient Chinese philosopher Xun Qing Zi once wrote, “If you do not understand the leader, just look at the ministers by his side and you will find the answer.” Unfortunately, the sage counsel of the Honorable Master Xun is less helpful in attempting to explain the likely course of action the Trump administration will take in charting the future direction of U.S.-Russia relations. One cannot help but be struck by the contradictory and competing messages emanating from the Trump White House. In particular, the chief executive’s personal preferences and apparent enthusiasm for finding ways to improve U.S.-Russia relations by searching out areas of possible cooperation and reducing areas of disagreement are not reflected by senior members of his hand-picked national security team, who remain far more cautious and tentative.

In his first face-to-face meeting with Foreign Minister Sergei Lavrov, Secretary of State Rex Tillerson was far more cautious than the president, noting that the United States would “consider working with Russia where we can find areas of practical cooperation.” Speaking to his NATO counterparts, Secretary of Defense Jim Mattis also threw cold water on proposals for joint U.S.-Russia activity, notably in Syria, noting that the United States was “not in a position right now to collaborate” with Russia in such matters. It is true that all senior officials repeat assurances that the United States seeks better relations with Russia but, as some observers have wryly commented, the talking points utilized by many U.S. government officials—both civilian and military—appear to be unchanged from those used during the Obama administration.

Concern, of course, is heightened when other interlocutors with the U.S. government—not only the Kremlin, but other regional actors, allies and partners—must seek to discern what the intentions of the new administration will be. This highlights a concern that I pointed as an area the new administration would need to address in shaping its national-security team in the past issue of the National Interest: who, after the president himself, is authorized to speak in the president’s name and with the president’s voice? On his recent trip to Europe, for instance, Vice President Mike Pence made it clear that, in conveying U.S. support for the transatlantic alliance, he was doing so on behalf of President Trump—but those assurances apparently continue to be doubted by some of his European audience. They point to clear themes sounded by then-candidate Trump on the campaign trail that suggested he saw Russia as a potential partner in combating terrorism, and was wary of so-called allies that leeched off the United States for their defense needs.

Statements made by Pence, Mattis, Tillerson and other senior members of the national-security team continue to emphasize America’s enduring commitments to its European allies, including those in the Baltic states and eastern and central Europe; reiteration of the Obama administration’s stance that Crimea remains a part of the territory of Ukraine; and continued description of Russian activity around the world as aggressive and destabilizing. No one has endorsed a new approach, or any sort of twenty-first-century version of the Congress of Vienna. At the same time, monitoring the political winds in Congress, where Russia skepticism is one of the few truly remaining items of bipartisan consensus, the political team may well advise the president not to stake his political capital on the Russia account, or run the risk of having Congress hand him a major blow to presidential prestige by legislating Russia policy. This seems to set up one of three possibilities for U.S. policy going forward.