A Nation Must Think Before it Acts Five Generations of Online Manipulation: The Evolution of Advanced Persistent Manipulators
Share: 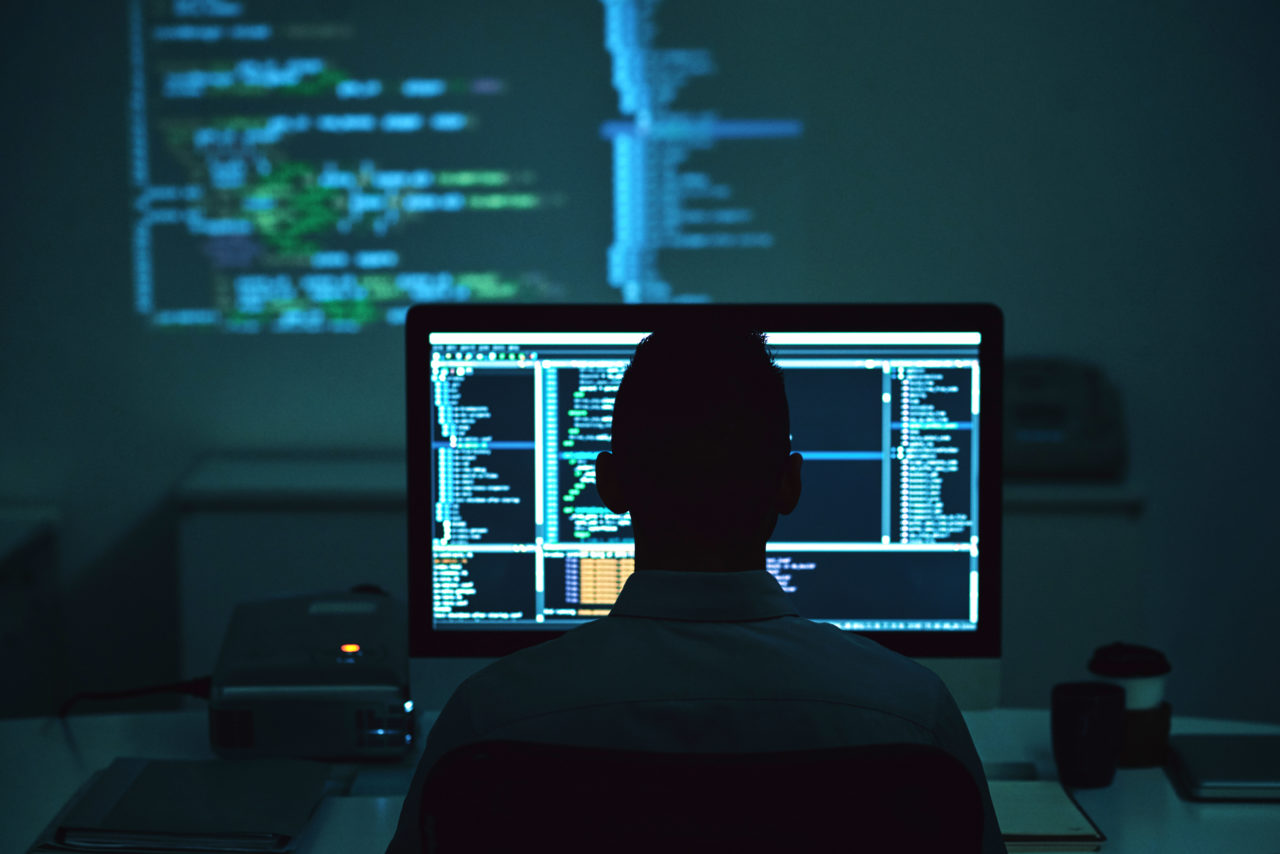 The Kremlin’s social media manipulation from afar during the 2016 U.S. Presidential election has shaken Americans’ confidence in democracy and shattered users’ trust in social media platforms. Since 2016, authoritarians around the world and a range of U.S. domestic actors have adopted the Kremlin’s social media subversion methods. Putin’s propagandists advanced the art, and now public relations firms, political campaigns, and the wealthy employ better technology to achieve their manipulative ends.

Advanced Persistent Manipulators (APM), those with resources, talent, and technology for advancing their influence over an enduring period, will continue to grow in number and sophistication following a similar progression witnessed in the world of hacking – individual hackers to criminals to extremists to nation states.  An examination of where online manipulation emerged and the actors advancing each innovation in tradecraft and technology suggests the dominant manipulators of the future will seek to take open systems and make them closed.

A quick note. An adage from counterterrorism days remains an important reminder as we dive into the evolution of APMs: “one man’s terrorist is another man’s freedom fighter.” Each actor discussed in these generations of manipulation is often seen through one or more lenses depending on the audience and for whom the actor advocates. This post won’t speak to the motivations or justifications for each actor but will focus on the advancement each actor made in social media manipulation.

Hackers were the first to recognize how to disrupt the Internet and employ social media to change public perceptions. Hacktivists working in collectives pioneered denial-of-service attacks to suppress information or asymmetrically punish their opponents, but more importantly they demonstrated the power of doxxing. Hacking and releasing information for the purpose of influence became the signature of loosely formed, often anonymous hacktivist collectives who with common cause, a bit of talent, and a touch of resources offered public transparency as a counter to allegedly corrupt governments, large corporations, and hidden power brokers. Social media platforms allowed nearly anyone with an Internet connection and an account to be a disruptor by disclosing secrets.

Extremist groups dominated the second generation of social media manipulation. From al Qaeda’s first websites and forums, to al Qaeda in Iraq’s forays on YouTube, to the Islamic State’s coordinated use of many social media platforms, terror groups incrementally innovated their online influence by exploiting social media ecosystems to promote, recruit, indoctrinate, and operate across many continents.

Extremist groups showed the power of using the full spectrum of social media platforms to host content, propagate messages, coordinate logistics, and pipeline recruits onto battlefields. At their peak, the Islamic State moved toward the next innovative step of moving members and supporters to an app of their own design, as a work-around to the controls being implemented by the social media companies.  Their lack of tech talent limited their ability to achieve this milestone. Universally despised, the Islamic State would have been pushed from any app store, but the group understood what future generations would pursue to advance their influence – online audience control.

As hacktivist groups employed hacking to power influence and populist uprisings of the Arab Spring and the Islamic State exploited social media to topple establishments, Russia recognized an opportunity to update their old playbook of democratic subversion called Active Measures for the cyber age. The Soviet Union mastered the arts of kompromat and disinformation during the analog era, and Russia could now use the Internet and its spawn, social media, to rapidly distort information landscapes from afar.

The Kremlin’s hacking teams of Fancy Bear and Cozy Bear embedded within their intelligence services pursued widespread, strategic hacking for kompromat on adversarial Western political candidates. Their state-run propaganda services expanded aggressively on sites like YouTube, where social media shares obfuscated the Russian origin of content. Above all, the Kremlin built and advanced a “troll farm,” a full-spectrum social media advancement system better resourced and staffed than the Islamic State’s media battalion with an added twist – covert personas that looked like and talked like the audiences they were targeting. Russia also integrated the real and virtual worlds by employing real people. They enlisted unwitting agents of influence and staged physical events of their own design within the target population. In sum, Russia seamlessly blended the virtual and physical worlds through the integration and focus of a whole-of-government disinformation system distorting Western perceptions of reality and changing electoral outcomes.

The effectiveness of Kremlin social media disinformation campaigns has been recognized globally, leading to widespread adoption of their approach. The fourth generation of social media manipulation is well underway, and Russia’s subversive online art will be advanced by those with sufficient resources to power the best science.  “Trolling-As-A-Service” has emerged for political campaigns, political action groups, public relations firms, and the ultra-wealthy. These elite, information power brokers use their vast resources to either rent needed influence services or build their own influence capabilities. They dominate the entire information landscape by employing advanced technology to aggregate vast amounts of audience data, conduct computational propaganda and in the worst cases invent believable digital forgeries designed to drive narratives. These social media influencers pose a strong challenge to social media platforms as they know, understand, and adapt to changes in platform terms of service.

Generation 5: Own the System

The next and fifth generation of online manipulation is not quite upon us, but it will quickly overtake authoritarian countries before migrating to the West. The coming manipulation wave arises from two converging phenomena: (1) partitioning of the Internet and social media applications and (2) technological advances in artificial intelligence (AI).

The course of research for the book Messing With The Enemy brought me to the conclusion that the Internet brought us all together and now social media tears us apart.  The endless pursuit of preference via today’s social media platforms has led to social media nationalism where digital tribes congregate virtually and insulate themselves in a preference bubble of their own design – shaping their reality with preferred information rather than factual information. These preference bubbles exacerbate the world’s recent resurgence in populist nationalism where societies increasingly reject global multiculturalism and instead seek the comfort of being with and talking to people that look like each other and talk like each other.

Today, the Internet increasingly appears to be partitioning based on the individual pursuit and collective aggregation of cultural, ideological, and national preferences.  Often referred to as the “balkanization of the Internet,” authoritarian states increasingly seek to control and own the information system feeding their people. Russia’s recent tests to disconnect from the global Internet and substitute it with a controlled national platform offer a sign of what may be ahead.

Democracies are not immune to this partitioning. Recently, conservatives have decried alleged search engine and social media platform bias against them, despite little evidence or contrary evidence to that case. Steve Bannon, the advocate for the death of the administrative state, has curiously suggested that Facebook and Google be nationalized – a curious position harming major Internet and social media companies, likely driving voters into smaller digital enclaves ripe for influence. Political parties and their pundits suggest their audiences move to apps that will feed users a specific worldview devoid of challengers and rebuttals while users voluntarily surrender their personal information and communication to app owners. Another name for this might be ideological manipulation by a hidden hand, or what I call “Social Media Inception”.

China’s regulatory regime has for some time set the conditions for information flows to their people. China’s censorship will advance through two additional technological implementations.  China, in just a couple of years, has caught up with the world in artificial intelligence (AI) and may shortly surpass the West in this domain.  Even further, their government will use these advancements in AI to rapidly comb through citizen data and detect speech that threatens the regime.  This artificial intelligence will also be fundamental in China’s implementation of a social scoring system.  Already underway, social scoring will incentivize particular types of speech creating a self-censorship that shapes a preferred reality or desired perception design by the state. The West may be immune to China’s AI-powered social scoring system in the beginning, but multinational corporations will be hard pressed not to adapt to China’s methods and combine it with existing financial scoring systems. Seeking access to the world’s largest market, and always looking for quantitative methods to evaluate and mitigate risks, Western companies may slowly embrace the Chinese model and in so doing deliver these methods back to North America and Europe. Americans wanting efficient access to goods and services might enlist in social scoring from the private sector, while they fight surveillance and regulation from their democratic governments. Should this fifth generation of information manipulation come to pass, Western democratic institutions will rank behind authoritarian regimes and multinational corporations in setting the world’s norms.