The centenary of the start of World War One in 1914 provides an opportunity to assess the role and impact of conflict in the history of the last century, and also to consider how warfare has changed. A Century of Conflict offers a clear, global study of these topics that is both conceptually and methodologically up to date. Renowned historian Jeremy Black gives special consideration to Asia, Africa, and Latin America, placing the more conventional cast of conflicts–namely the two World Wars and the Cold War–into wider geographical and social contexts.

Analyzing the multiple dimensions and spheres of war, Black contends that there is no one true type of warfare or one single pattern of development. Instead, he emphasizes the wide scope of conflict ranging from regular warfare between large, professional forces to loosely defined battles. While Black acknowledges that war is often a consequence or product of other developments–notably political, economic, or technological–he argues that war can also have autonomous characteristics. Amply illustrated with nineteen full-color maps, A Century of Conflict provides room for debate concerning the different ways that historians interpret military history. 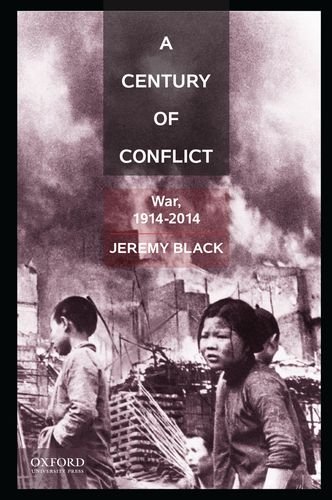