A Military History of Britain: From 1775 to the Present

Starting his account at a time when Britain was poised to rule the world’s oceans—and much of its land as well—prolific historian Jeremy Black details the nation’s involvement in global affairs from the late-18th century to the present. A Military History of Britain is an account of military structures and cultures, and relevant socio-political contexts, as well as of conflicts. As in all of his writing, Black seeks to challenge conventional assumptions and offer illuminating new perspectives.

Black begins by setting the background to British military history, in particular the anti-(large) army ideology, the maritime tradition, and the growing geo-political rivalry with France. After the defeat of the French in North America, Britain would become the world’s leading maritime power. The 19th Century would see tension between Britain and the new United States, France, Germany, and an increasing emphasis on imperial conquests. Organized in three parts: Britain as Imperial Parent; Britain as Imperial Rival; and Britain as Imperial Partner. A primary focus of this account will be the 20th century, examining Britain and World War I (including Britain as a world power and issues of imperial overstretch) and World War II (and the subsequent wars of Imperial Retention in Malaya, Kenya, and Cyprus). As in all of his writing, Black seeks to challenge conventional assumptions, and offer illuminating new perspectives.

Black details the involvement of Britain in global affairs up to the present. Recent issues of continuing importance include Britain as a nuclear power, the end of the East of Suez policy, NATO membership; out-of-area conflict (from the Falklands to Iraq), and the adjustment to new global roles. This wide-ranging and broadly-based account is designed for students and for the general reader. 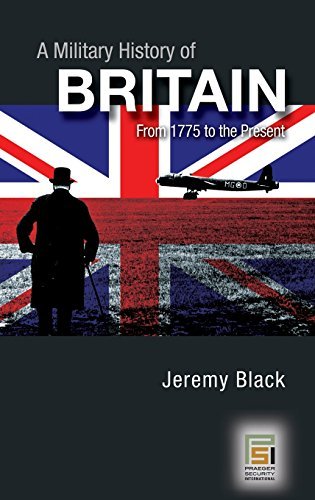 A Military History of Britain: From 1775 to the Present