America as a Military Power, 1775-1865: From the American Revolution to the Civil War

How have military actions shaped the history of the United States and the country’s role in world history? Noted military historian Jeremy Black examines American military exceptionalism with the critical eye of a foreign scholar. The British fought two wars with the Americans and followed American developments with keen interest. Black marshals contemporary British commentary to contextualize American military actions within a global perspective.

Several major conflicts are covered:^L^DBLThe War for Independence^DBLThe War of 1812^DBLThe Mexican War^DBLWar with Native Americans^DBLThe Civil War^LThroughout this phase of America military action, one sees a shift from a state in conflict with neighboring states to a nation divided, fighting for its very survival. This study clarifies the unique combination of political, social, intellectual, and physical factors-including potential threats-that shaped, and were shaped, by the general American culture during this period. 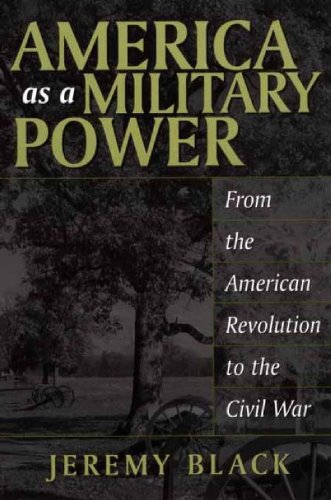 America as a Military Power, 1775-1865: From the American Revolution to the Civil War