Battle of Waterloo: A New History

This is a masterly and concise reinterpretation of one of the seminal events in modern history, by one of the world’s foremost military historians. The battle on Sunday 18th June 1815, near Waterloo, Belgium was to be Napoleon’s greatest triumph – but it ended in one of the greatest military upsets of all time. Waterloo became a legend overnight and remains one of the most argued-over battles in history. Lord Wellington immortally dubbed it ‘the nearest-run thing you ever saw in your life’, but the British victory became iconic, a triumph of endurance that ensured a 19th century world in which Britain played the key role; it was also a defining moment for the French, bringing Napoleon I’s reign to an end and closing the second Hundred Years’ War. Alongside the great drama and powerful characters, Jeremy Black gives readers a fascinating look at where this battle belongs in the larger story of the tectonic power shifts in Europe, and the story of military modernisation. The result is a revelatory view of Waterloo’s place in the broader historical arc. Black sets this battle in the context of warfare in the period, and not only that of Napoleonic Europe. He also uses Waterloo to explore the changing nature of war, the rise and fall of Napoleon’s empire, and the influence of the French Revolutionary and Napoleonic Wars on the 19th century. Drawing on all the latest scholarship, Jeremy Black brings this thrilling story – and the world in which it is set – vividly to life. 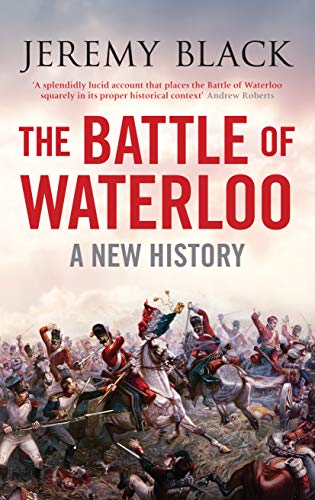 Battle of Waterloo: A New History