Crisis of Empire: Britain and America in the Eighteenth Century

Britain and the USA have helped define much of world history in recent centuries, and the relationship between the two is crucial to this history. This book focuses on a key period in their relationship that moulded the character of the British Empire, the USA and the way the two have interacted since. The rise and crises of empires will always fascinate the observer because in their fate we see much of human history. Certainly the struggle for empire in the 18th Century was key to the fate of North America.

British victory followed by the American Revolution helped to define the modern world. The European nations of Britain, France and Spain were eager for predominance and the trappings of trade, land and prestige. Within North America, there were the local agents of these powers and their subjects, who in turn held their own interests and views; whilst the Native Americans were more than simply the passive victims of European expansion.

This fascinating and complex story is told by Black with narrative drive and scholarly acumen. 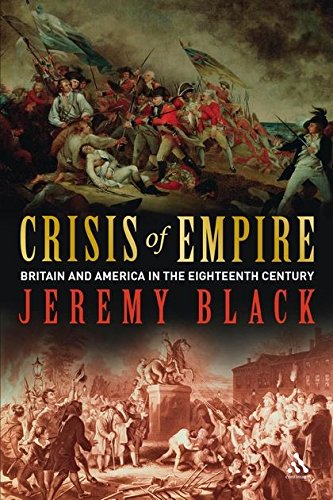 Crisis of Empire: Britain and America in the Eighteenth Century