It was during the course of the eighteenth century that Britain status as a major maritime and commercial power was forged, shaping the political, economic and military policies of the nation for the next two centuries. Starting from a relatively minor role in global affairs before 1700, Britain rapidly rose to become a significant player in European affairs, and leading imperial power by 1800. In this commanding contribution to the subject, Jeremy Black draws on his extensive expertise to examine how British political culture and public debate in this period responded to, and in part shaped, this transition to an increasingly prominent role in world affairs. Rather than offering a familiar narrative of Britain’s eighteenth-century foreign policy, this book instead focuses upon how this policy was debated and written about in British society. Taking as a central theme the debate over policy and the development of public culture and politics, the study explores how these were linked to developing relations with Europe and helped shape colonial strategies and expectations. It highlights how widely shared concerns about such issues as national defence, the strength of the Royal Navy and trade protection, presented little consensus in how they were to be realised and were the subject of fierce public debate. The book underlines how these kinds of issues were not considered in the abstract, but in terms of a political community that was divided over the search for power, and often further fractured by support for rival religious and dynastic causes. By probing the problems and issues surrounding the need to define and discuss Britain’s foreign policy in semi-public and public contexts, this book offers a fascinating insight into questions of perceived national interest, and how this developed and evolved over the course of the eighteenth century. This work complements the author’s other studies by joining the institutional focus seen there to a wider assessment of public politics and print culture, and as such will make a central contribution to studies of eighteenth-century Europe. 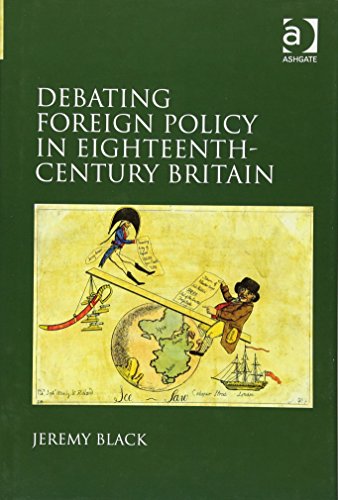