George II: Puppet of the Politicians?

Following closely on the heels of his recent biography of George III, Jeremy Black turns to the reign of his grandfather, George II, to set the record straight. In his new book he sets out to demonstrate the unfairness of charges that George II was a puppet king overshadowed by towering politicians such as Walpole, and later, Pitt. For a king who ruled for so long (1727-60), the neglect shown by historians to George II is surprising. He was the last British king to lead an army into battle, at Dettingen in 1743, and his rule included the drama of Culloden in 1746 – the culmination of the war over British succession. The neglect is due chiefly to the lack of easily accessible source material: George II left no diaries, and was not a great letter writer. Black has instead exploited rich archival resources to piece together a figure who was the pivot in an often finely balanced – and sometimes dangerously unbalanced – fledgling political system. In the process of revealing George II to us, Black goes further than biography, telling us much about the society and system within which the King functioned. In an era of successive wars between European states – in which George, as Elector of Hanover, was keen to ensure that Britain played a part – there is much here also relating to Britain’s role within Europe. 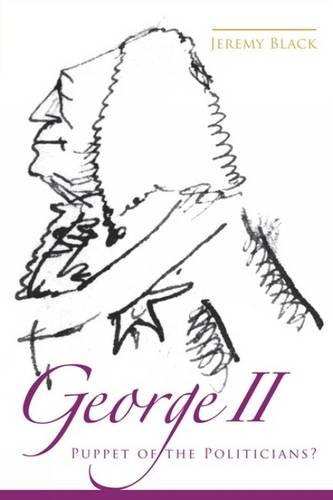 George II: Puppet of the Politicians?