Great Military Leaders and their Campaigns

This authoritative and magnificently illustrated book examines the entire history of war through the eyes of the leading protagonists, from Cyrus the Great in the sixth century BC to Vo Nguyen Giap in the twentieth century.

Truly worldwide in scope, the book ranges from China and India to Africa, and from Europe to the Americas, focusing in detail on more than one hundred major military leaders, their associates, and their opponents. All the great commanders are here: Alexander the Great, Hannibal, Julius Caesar, Saladin, Chingiz Khan, Napoleon, Wellington, Nelson, Ulysses S. Grant, Erich von Manstein, and Georgy Zhukov. So too are less familiar figures, such as Jan Zizka and János Hunyadi, bold Czech and Hungarian leaders of the Middle Ages; Toyotomi Hideyoshi, the “Napoleon of Japan”; and Nader Shah, the Persian conqueror of the eighteenth century. 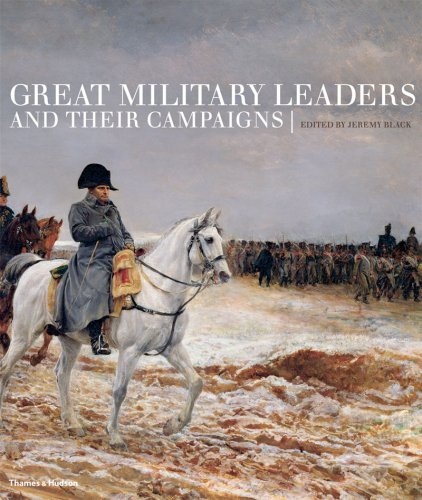 Great Military Leaders and their Campaigns