Italy and the Grand Tour

For members of the social elite in eighteenth-century England, extended travel for pleasure came to be considered part of an ideal education as well as an important symbol of social status. Italy, and especially Rome – a fashionable, exciting and comfortable city – became the focus of such early tourists’ interest. In this distinctive book, historian Jeremy Black recreates the actual experiences of those who travelled to Italy on a Grand Tour. Relying on the private diaries and personal letters of travellers, rather than on the self-conscious accounts of literary travellers who wrote for wider audiences, the book presents a fresh and authentic picture of how British tourists experienced Italy, its landscapes, women, food, music, Catholicism and more. Using material from archives across Britain and a generous selection of illustrations, the book highlights the discrepancy between the idealised view of the Grand Tour and its reality: what people were meant to do was not necessarily what they did; what the guide books described as splendid was not always so perceived. Black quotes British visitors as they reflect on their trips, and he discusses what their Italian experiences meant to them. And he considers the intriguing effects of tourism on British culture during this most exciting of centuries. 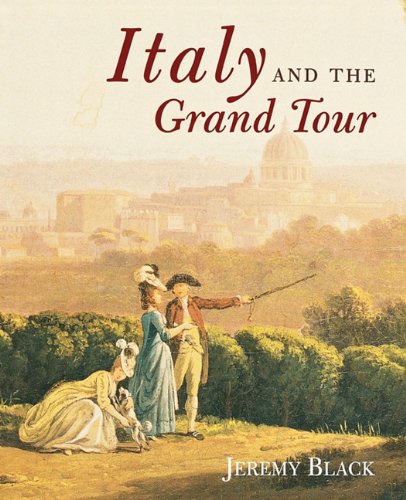 Italy and the Grand Tour