This study builds upon the earlier work of the author to provide a definitive exploration of the most effective means of irregular warfare yet devised. Comparing the Asian cases of Thailand, the Philippines, Sri Lanka, and Nepal-with Peru used as as a prominent out-of-area Maoist standbearer-Dr Thomas A. Marks examines the strategy and operational art that make people’s war such a devastating technique of armed politics. In the process, he sheds considerable light on insurgency and counterinsurgency in general, and offers much food for thought in the present battle against violent radical Islamists. For Mao’s fundamental insight was to understand that insurgency was an armed political campaign that fielded violence, to include “guerrilla war”, as but one of its weapons. His insights thus provide a template to analyze any insurgency or counterinsurgency. Significantly, until the inadequate response of the Nepali state, all major post-Vietnam war cases of people’s war had been unsuccessful. Recent difficulties of counterinsurgency efforts in Iraq and Afghanistan make these cases even more compelling for the lessons they offer. 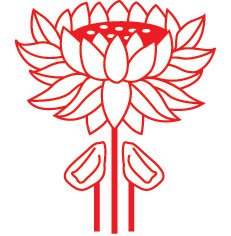