Is sound doctrine all that makes the church a viable organization in our postmodern world? Or is there something more? In Recovering Mother Kirk, church historian Darryl Hart argues that it is impossible to gain a proper understanding of Reformed doctrine, its worldview, or its piety apart from the experience of the worshiping body of believers. Recovering Mother Kirk discusses the church’s commission, contemporary worship, office and ordinances, Presbyterian parochialism, and revival. Although he writes from a Presbyterian and Reformed perspective, Hart believes that every Protestant denomination faces a pressing need to put theology into practice through worship. Anything less, he says, is a form of Christianity that will have little appeal to either spiritual seekers or regular worshipers. Hart attempts to restore the balance between sound doctrine, which is vital to the health of the church, and sound practice. He argues that historically, members of the Reformed tradition have emphasized doctrine to the detriment of practice. In a postmodern world that craves connectedness, the need to restore the vitality of the worshiping faith community has never been more urgent. Recovering Mother Kirk is a thought-provoking manifesto that will be useful to pastors and laypeople within the Presbyterian and Reformed tradition, as well as those who seek to gain a greater appreciation for the relationship between doctrine and the public worship of the church. 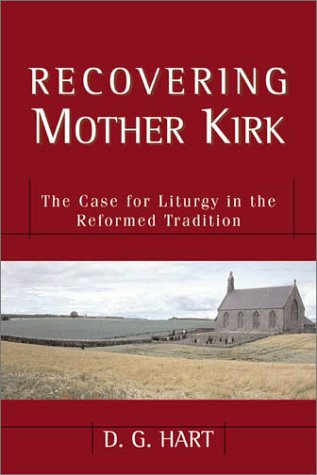