Revolutionaries and Reformers: Contemporary Islamist Movements in the Middle East

Islamist movements seeking power today are faced with difficult choices regarding strategy, ranging from armed struggle to electoral efforts. An emerging alternative consists of a rethinking of Islamist politics, where the goal of a “totally Islamic” polity would be abandoned in favor of some form of Islamic-oriented society. In this reformulation, Islamist politics would function as a pressure group to make society more Islamic, reinforcing the walls of semi-separate internal communities and reinterpreting Islam in more liberal ways. The September 11, 2001 terror attack on the United States, however, demonstrates that the radical approach remains attractive to many Islamists. Addressing these issues, the contributors look at the countries where Islamist movements have been most important. Case studies of revolutionary and reformist groups are followed by chapters discussing future alternatives for Islamist politics, presenting arguments both advocating and critical of a potential liberal, reformist, interest-group Islamism 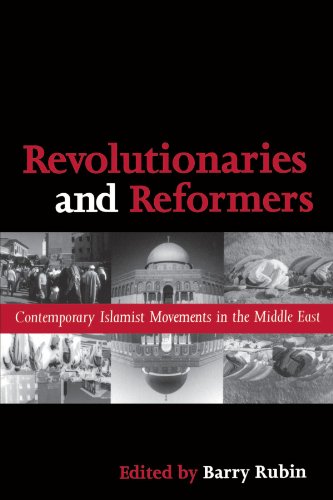 Revolutionaries and Reformers: Contemporary Islamist Movements in the Middle East