What is total war? Definitions abound, but one thing is certain—the concept of total war has come to be seen as a defining concept of the modern age. In The Age of Total War, celebrated historian Jeremy Black explores the rise and demise of an era of total war, which he defines in terms of the intensity of the struggle, the range (geographical and/or chronological) of conflict, the nature of the goals, and the extent to which civil society was involved. He contends that this era (roughly 1860–1945) was markedly different from the warfare that characterized earlier periods, and that it is very different from the situation that has evolved since, with its emphasis on asymmetrical conflict and limited warfare.
Acknowledging that various definitions are problematic and often contradictory, Black argues that 1860 to 1945 was an era in which the prospect of war and the consequences of it were crucially important for human history. He focuses primarily on conflict between Western powers, including Japanese participation in the Russo-Japanese War. Trends and developments subsequent to 1945 have combined, Black asserts, to make a return to total war unlikely. 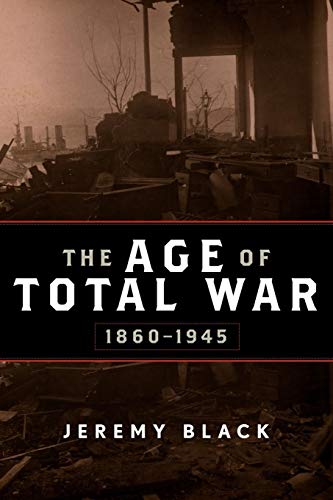