The Battle of Waterloo

The name Waterloo has become synonymous with final, crushing defeat. Now this legendary battle is re-created in a groundbreaking book by an eminent British military historian making his major American debut. Revealing how and why Napoleon fell in Belgium in June 1815, The Battle of Waterloo definitively clears away the fog that has, over time, obscured the truth.

With fresh details and interpretations, Jeremy Black places Waterloo within the context of the warfare of the period, showing that Napoleon’s modern army was beaten by Britain and Prussia with techniques as old as those of antiquity, including close-quarter combat. Here are the fateful early stages, from Napoleon’s strategy of surprise attack—perhaps spoiled by the defection of one of his own commanders—to his younger brother’s wasteful efforts assaulting the farm called Hougoumont. And here is the endgame, including Commander Michel Ney’s botched cavalry charge against the Anglo-Dutch line and the solid British resistance against a series of French cavalry strikes, with Napoleon “repeating defeat and reinforcing failure.”

More than a masterly guide to an armed conflict, The Battle of Waterloo is a brilliant portrait of the men who fought it: Napoleon, the bold emperor who had bullied other rulers and worn down his own army with too many wars, and the steadfast Duke of Wellington, who used superior firepower and a flexible generalship in his march to victory.

With bold analysis of the battle’s impact on history and its lessons for building lasting alliances in today’s world, The Battle of Waterloo is a small volume bound to have a big impact on global scholarship. 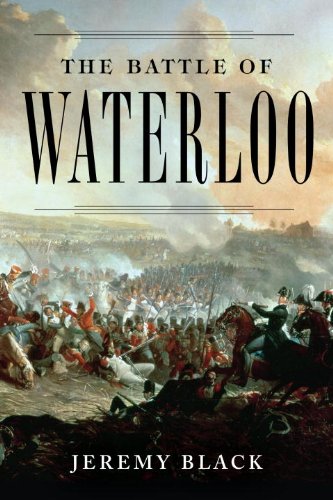 The Battle of Waterloo