The British Acquisition of Siamese Malaya

The book tells the story of the political maneuvering by Bangkok and London for possession of key semi-independent states on the Malay Peninsula. The book starts with the Anglo-Siamese Secret Convention of 1897, with which the British hoped to neutralize possible influences of other colonial powers, and it deals with the Siamese drive to exclude foreign influences from the Siamese territories. The ill-fated attempt to set up a system of advisors to the Sultans is discussed. The significance of the ventures such as the Kra Isthmus canal and a Malay Peninsula railway project is elucidated using confidential British Foreign Office papers and contemporary newspaper sources. In the end, Siam would have to let go and the British acquired some of the Malay provinces on the Peninsula thus establishing the present borders of southern Siam and Malaysia. 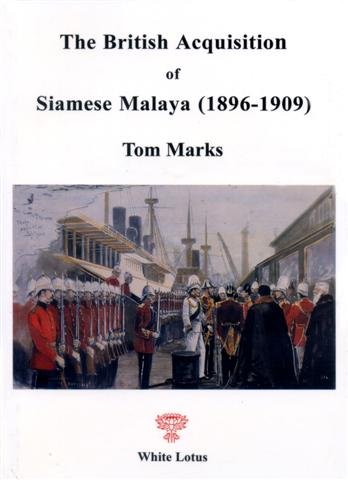 The British Acquisition of Siamese Malaya