Sea-power made the British Empire what it was: without sea-power there would have been no empire, or at least no empire in the form it actually took. In this masterful analysis of the role of the sea in the history of the British Empire, Jeremy Black follows in the tradition of classic works by C. R. Boxer on the Dutch and Portuguese seaborne empires and by J. H. Parry on the Spanish seaborne empire. Black considers how the ocean affected British exploration, defense, trade, commerce, and the navy, as well as the attitudes and perceptions of the British people themselves.
The book covers the process of imperial expansion, the decline of the Empire, and the role of the navy in the postimperial age. Attractively illustrated and wide in scope, the book demonstrates the profound influence that proximity to the sea has exerted on virtually every aspect of British history and culture. 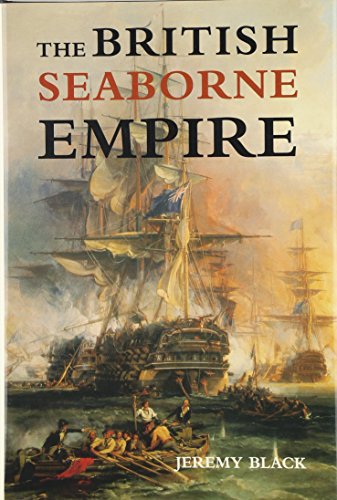