The Cambridge Illustrated Atlas of Warfare: Renaissance to Revolution, 1492-1792

The three centuries following the discovery of the New World was a period of unprecedented global expansion, spearheaded by the lusty armies of the imperial European powers. This volume of The Cambridge Illustrated Atlases of Warfare is a lively and elaborately illustrated study of warfare during the early modern period, ranging from the European Renaissance to the American Revolution. Unique color maps and authoritative text illuminate the major military and naval developments that characterized the period. Feature boxes describe key events, important military confrontations, individual tacticians, battle strategies and weapons. Throughout, the author pays particular attention to the effects of European military expansion on the Americas, Africa, Asia, and the Mediterranean. This comprehensive and accessible book about a fascinating and important period will appeal to war buffs and historians alike. 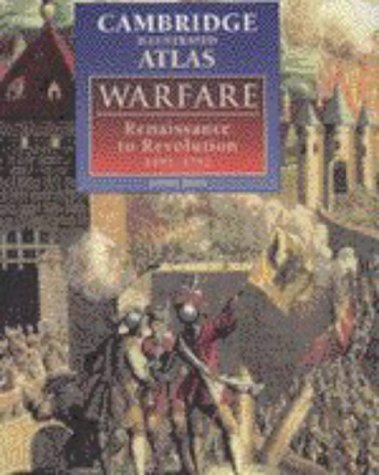 The Cambridge Illustrated Atlas of Warfare: Renaissance to Revolution, 1492-1792