The Lost Soul of American Protestantism

In The Lost Soul of American Protestantism, D. G. Hart examines the historical origins of the idea that faith must be socially useful in order to be valuable. Through specific episodes in Presbyterian, Lutheran, and Reformed history, Hart presents a neglected form of Protestantism—confessionalism—as an alternative to prevailing religious theory. He explains that, unlike evangelical and mainline Protestants who emphasize faith’s role in solving social and personal problems, confessional Protestants locate Christianity’s significance in the creeds, ministry, and rituals of the church.

Although critics have accused confessionalism of encouraging social apathy, Hart deftly argues that this form of Protestantism has much to contribute to current discussions on the role of religion in American public life, since confessionalism refuses to confuse the well-being of the nation with that of the church. The history of confessional Protestantism suggests that contrary to the legacy of revivalism, faith may be most vital and influential when less directly relevant to everyday problems, whether personal or social.

Clear and engaging, D. G. Hart’s groundbreaking study is essential reading for everyone exploring the intersection of religion and daily life. 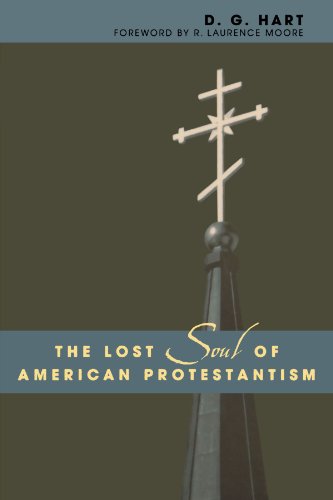 The Lost Soul of American Protestantism