The New Face of War: How War Will Be Fought in the 21st Century

As American and coalition troops fight the first battles of this new century — from Afghanistan to Yemen to the Philippines to Iraq — they do so in ways never before seen. Until recently, information war was but one piece of a puzzle, more than a sideshow in war but far less than the sum total of the game. Today, however, we find information war revolutionizing combat, from top to bottom. Gone are the advantages of fortified positions — nothing is impregnable any longer. Gone is the reason to create an overwhelming mass of troops — now, troop concentrations merely present easier targets. Instead, stealth, swarming, and “zapping” (precision strikes on individuals or equipment) are the order of the day, based on superior information and lightning-fast decision-making. In many ways, modern warfare is information warfare.Bruce Berkowitz’s explanation of how information war revolutionized combat and what it means for our soldiers could not be better timed. As Western forces wage war against terrorists and their supporters, in actions large and small, on several continents, The New Face of War explains how they fight and how they will win or lose. There are four key dynamics to the new warfare: asymmetric threats, in which even the strongest armies may suffer from at least one Achilles’ heel; information-technology competition, in which advantages in computers and communications are crucial; the race of decision cycles, in which the first opponent to process and react to information effectively is almost certain to win; and network organization, in which fluid arrays of combat forces can spontaneously organize in multiple ways to fight any given opponent at any time.America’s use of networked, elite ground forces, in combination with precision-guided bombing from manned and unmanned flyers, turned Afghanistan from a Soviet graveyard into a lopsided field of American victory. Yet we are not invulnerable, and the same technology that we used in Kuwait in 1991 is now available to anyone with a credit card and access to the Internet. Al Qaeda is adept in the new model of war, and has searched long and hard for weaknesses in our defenses. Will we be able to stay ahead of its thinking? In Iraq, Saddam’s army is in no position to defeat its enemies — but could it defend Baghdad? As the world anxiously considers these and other questions of modern war, Bruce Berkowitz offers many answers and a framework for understanding combat that will never again resemble the days of massive marches on fortress-like positions.The New Face of War is a crucial guidebook for reading the headlines from across our troubled planet. 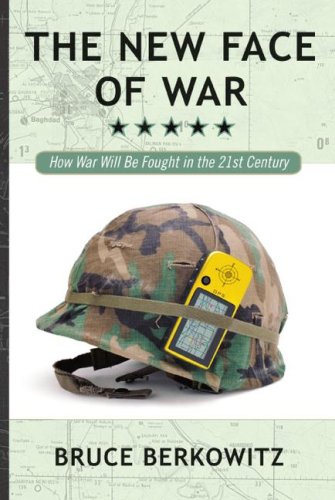 The New Face of War: How War Will Be Fought in the 21st Century