The slave trade was vile. Everybody can agree on that. But was it unambiguously the fault of the Western powers of the time? Was it something for which we should today apologize? The Anglican Church seems to think so, and so do elements of the British government. Does the modern mania for apology and breast-beating, however, not perhaps lead to an oversimplification of matters? In this timely book, published to mark 200 years since Britain took the historic step of abolishing the slave trade, Professor Black grasps the nettle of political correctness. He deftly points out the contradictions and ambiguities of the slave trade: the inconvenient fact that the Arab world played at least as large a part in the slave trade as any Western power, for instance; or the uncomfortable truth that African chieftains were all too willing to sell other Africans to Western and Arab slave dealers. In the light of this, what are we to make of allegations that ‘racism’ lay at the heart of the slave trade? To whom should the West apologize? Professor Black underlines the degree to which both slavery and the slave trade fulfilled labor requirements in a world in which labor was frequently coerced. Rather than thinking of slavery as uniquely evil, he points out the need to consider it alongside other systems of labor control, such as serfdom. In this fascinating volume, we trace the evolution of the slave trade through the centuries, pausing to examine some of the shifting variables: How did the supply of slaves change as the various cash crops rose or declined in importance? What happened when European manufactured goods entered the African marketplace? Though slim, this is a thought-provoking and fearless book by one of the UK’s leading historians. Dealing as it does with slavery around the world, it deserves to be widely read both in Britain and abroad. 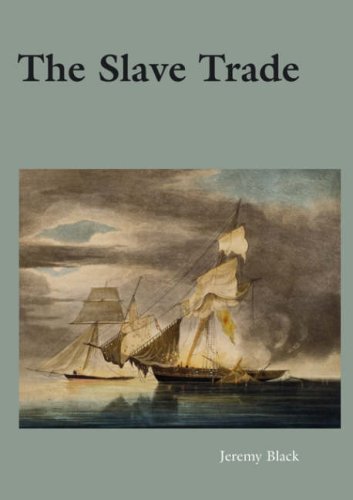