War is now generally regarded as organised conflict waged by armed forces, with superior weaponry usually seen as the main reason why one side prevailed. This emphasis on the material culture of war is not confined to modern times but reaches as far back as the Bronze and Iron Ages, where the superior cutting power of iron and the relative ease of making iron weapons are seen as the reason for the change in civilisations. While not denying that weaponry plays a major role in the history of war, Jeremy Black’s new book gives due importance to other factors often ignored or undervalued by military historians.

In War: An Illustrated World History, Jeremy Black has created a powerful work with a truly world-wide scope. Encompassing warfare from ancient times to medieval, from the nineteenth century to the future, and from West to East, this is a book which will appeal to all interested in military history. With many original insights into the course of warfare in all parts of the world and a refreshing tendency to turn accepted interpretations on their head. Jeremy Black offers something that other military historians do not: a truly global history of war. 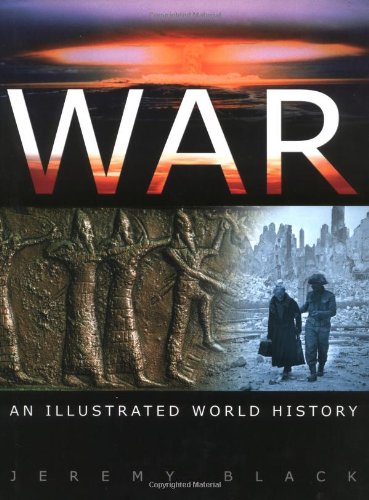