War and the New Disorder in the 21st Century

The second edition of Jeremy Black’s War has been completely revised in the light of recent events in Iraq and Afghanistan.

Jeremy Black’s book prophetically explores the realities of war in a globalized world where growing prosperity can increase the likeliehood of conflict and American power is likely to be increasingly challenged.

In his five new chapters Black conducts his argument in terms of New World Disorder, specifically the failure of Western models of globalisation to engage support. There is extensive discussion of military structures in the West, as they are `reconfigured` to take account of new political realities. Black considers that the USA is an `eccentric` military power and developments in the USA should not be treeated as a paradigm for those elsewhere. Instead, growing lawlessness accross much of the world will be the main factor for consideration, specifically in the failure to maintain order/control in Sub Aaharan Africa, South Asia and Latin America. 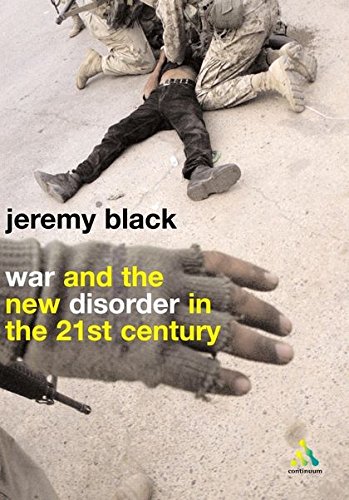 War and the New Disorder in the 21st Century