In this companion volume to Western Warfare, 1775–1882, Jeremy Black takes his analysis of modern warfare into the 20th century. A distinctive feature of the author’s approach is the coverage of both land and naval warfare as well as conflict within the West and between Western and non-Western powers. Beginning with the British conquest of Egypt in 1882, Black goes on to examine the Spanish-American War of 1898, the Boer War, and the Balkan conflicts leading to world war in 1914. A revisionist account of the First World War is followed by a discussion of Western expansionism in the period to 1936. Chapters on the interwar years and the Second World War lead to a discussion of the retreat from empire and the advent of the Cold War. The narrative closes with the end of the Vietnam War in 1975 and a discussion of the limitations of Western military technique, doctrine, and technology. Black offers a new and challenging interpretation of modern warfare that will be required reading not only for students of military history but for all those interested in the impact of war in the making of the modern world. 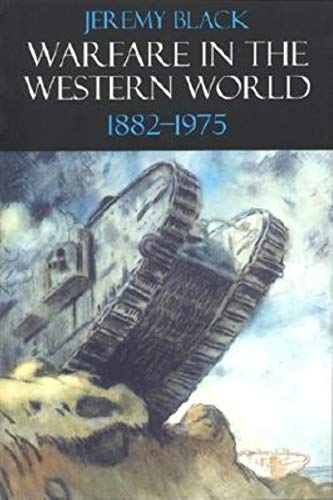