FPRI is pleased to announce the appointment of a new Senior Fellow in FPRI’s Program on the Middle East, Dr. Benedetta Berti. 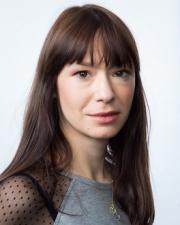 Dr. Benedetta Berti is a foreign policy and security researcher, analyst, consultant, author and lecturer. Her work focuses on human security and internal conflicts, as well as on post-conflict stabilization (specifically integration of armed groups, democracy/governance and crisis management and prevention) and peacebuilding. Dr. Berti is the author of three books, including Armed Political Organizations. From Conflict to Integration (Johns Hopkins University Press, 2013) and her work and research have appeared, among others, in The New York Times, The Wall Street Journal, Foreign Affairs, Foreign Policy, and Al-Jazeera. She  is a Fellow at the Institute for National Security Studies (INSS), a TED Senior Fellow, and an independent human security​ ​consultant.  Benedetta holds a BA in Oriental Studies from the University of Bologna, an MA and PhD in International Relations from the Fletcher School (Tufts University), and two post-doctorates in International Relations and Political Science (Hebrew University and Ben Gurion University). In 2015 the Italian government awarded her the Order of the Star of Italy (order of Knighthood).

Though Dr. Berti has been writing for FPRI since 2011, we are excited to formally welcome her to the FPRI team. Her most recent article for FPRI, The Syrian Civil War and its Consequences for Hezbollah, argues:

A symbiotic dependency has emerged between the Syrian regime and Hezbollah: on the one hand Assad needs Hezbollah fighters on the ground as well as Iranian assistance to continue the war, in turn increasing its dependency on the Lebanese-Shiite group and on Tehran. On the other hand, because of the sunk costs related to losing Syria, Hezbollah is also in a position where it needs Assad to stay in power. Unsurprisingly, the involvement in Syria also further strengthens and deepens the strategic alliance and relationship with Iran, whose financial assistance is more than ever needed to sustain the military efforts and whose geo-strategic goals for Syria converge with Hezbollah’s.

Also of note was Dr. Berti’s 2015 TED talk on “The surprising way groups like ISIS stay in power.”