A Nation Must Think Before it Acts Thomas Melia joins FPRI as Senior Fellow
Share: 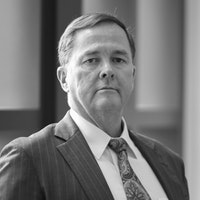 The Foreign Policy Research Institute is pleased to announce that Thomas Melia has been named a Senior Fellow with its Eurasia Program.

Thomas recently served in two senior executive branch positions, appointed by President Barack Obama. From 2015 to 2017, he was Assistant Administrator of the U.S. Agency for International Development (USAID), responsible for the Bureau of Europe and Eurasia). Previously, he served as Deputy Assistant Secretary of State for Democracy, Human Rights, and Labor (DRL) from 2010 to 2015 where he oversaw DRL’s work in Europe, South and Central Asia, and the Middle East.

Thomas is currently Senior Adviser to the International Research and Exchange Board (IREX), and a non-resident Fellow in Human Freedom at the George W. Bush Institute, where he is helping to lead an initiative to reinvigorate bipartisan consensus supporting the promotion of democracy and free trade.

Earlier in his career, Thomas was Deputy Executive Director of Freedom House, Vice President of Programs at the National Democratic Institute for International Affairs, and Associate Director of the AFL-CIO Solidarity Center. He has also been an adjunct professor in the Masters programs at Georgetown University and The Johns Hopkins School of Advanced International Studies.

He is the author of numerous articles and opinion pieces about American history and international affairs. He was also co-editor of Today’s American: How Free? – a comprehensive examination of the state of political rights and civil liberties in the United States.

In a recent article for The Hill, Thomas proposed a series of actions individuals, organizations and institutions should take to strengthen democracy in the United States and renew American’s faith in it.

“I have seen Tom Melia in action on the democracy front for many years – at Freedom House, as an academic and policy commentator, and in key senior government roles. Few can match Tom’s thoughtful realism, his long-term strategic approach, and his commitment to a truly bipartisan approach in pursuit of the US national interest” said Ambassador Adrian Basora, co-Director of the Eurasia Program.