A Nation Must Think Before it Acts Taiwan’s Summer of Dire Straits
Share:

The summer of 2016 has proven to be a brutal one for the people, president, and pocketbooks of Taiwan. The Taiwanese began the summer months with a newfound sense of hope and rejuvenation after the successful peaceful transfer of power from the outgoing Kuomintang (KMT) to the incoming Democratic Progressive Party (DPP) in both the executive and legislative branches of government. These feelings did not last for long. Ravaged by two deadly typhoons—Nepartak and Meranti—the island nation faces millions of dollars in damages to its houses, roadways, and various agricultural sectors. In July, Nepartak caused NT$1.07 billion (over US$30 million) in damages to agriculture, and in September, Meranti caused over NT$850 million (about US$27 million). The southeastern counties, where these storms first made landfall, particularly Taitung County, were hit the hardest. Hundreds of thousands of homes faced power outages and water stoppages from damage caused by the sheer power of these two storms. A world-renowned coral site, known as the “Big Mushroom,” finally toppled after the constant impact of these strong storms in the Pacific Ocean. This formation, over 1,000 years old and the biggest of its kind, is no more. One of the few rays of hope from these two typhoons came from China’s Taiwan Affairs Office—the special government office that deals with cross-strait matters between China and Taiwan—when it offered condolences to victims and wished them well. This released statement was one of the few positive cross-strait interactions to occur since China suspended official communication with Taiwan in late May 2016 when Tsai Ing-wen assumed office.[1] These storms will undoubtedly affect the already struggling tourism industry across the country. Unfortunately, this particularly destructive summer of typhoons has not led to an increase in cooperation across the strait. Well wishes are about all Taiwan can hope for in the current state of cross-strait relations. Since Tsai’s election in January 2016 and subsequent inauguration in May 2016, cross-strait relations have soured, but relations between China and Taiwan began souring well before her time in office (i.e., Sunflower Movement, etc.). Various deportation “scandals” of Taiwanese nationals and declining numbers of Mainland tourists have put a very public face to the growing discord between China and Taiwan.

Cross-strait relations have almost entirely reset since May—China continues to assert itself both regionally and globally, and Tsai and the DPP-controlled Legislative Yuan (立法院) must be vigilant in trying to create more opportunities for Taiwan in the international sphere. Over the past several months, several countries have deported Taiwanese nationals suspected of various forms of fraud to China causing uproar. In April, Kenya sent 45 Taiwanese nationals to China, and in August, it deported another five individuals. These deportations sparked outrage because the people and government of Taiwan viewed it as a slight to their nation and as another instance for China to assert its power over them. While some have argued that this deportation process is normal operating procedure—Kenya sent them back to the city that they departed from—Taiwan’s government lodged complaints saying that these deportation were nothing more than “extrajudicial abduction.” China argued that these people flew out of China and targeted Chinese citizens with these scams and that as citizens of Taiwan (which China views as a rogue province), they were under the jurisdiction of China. This issue did not just involve Kenya—Armenia recently deported over 70 individuals to China, Cambodia deported another 13, and Malaysia sent 32 suspects. After the latest round of deportations from Armenia, Taiwan’s Mainland Affairs Council said in a statement, “We have repeatedly demanded the Chinese side not to deport our people to mainland China. The Chinese side’s action again disregarded our call … and further hurt the feelings of Taiwanese people.” Making these deportations such a large, international issue between China, Taiwan, and several other countries demonstrates Taiwan’s lack of options when pitted against China—not so strongly worded statements of condemnation. These countries chose to avoid challenging China instead of pleasing Taiwan.

China’s self-assertion also involves pinching local Taiwanese citizens’ pocketbooks by preventing Mainlanders from travelling to the island. The normal deluge of Mainland tourists to Taiwan has slowed to a trickle over the summer in response to Tsai’s election and her refusal to meet Beijing’s demand of accepting the 1992 Consensus. Though Tsai has moved towards the center recently in this regard, Beijing’s “red line” is its acceptance for the continuation of cross-strait relations. In 2015, between May and July, over 1 million Mainlanders came to Taiwan; this year, during that same time period, under 900,000 made the trip—the lowest since 2013—for a difference of nearly 150,000 tourists.[2] While that number does not seem too significant at face value, there are now that many fewer people renting rooms, using tour buses, taking taxis, frequenting museums and restaurants, and buying souvenirs. Places once full of tourists are now empty thanks to this 30% decrease in Mainland visitors. Workers rallied in Taipei to protest their current situation, and the government has set up a NT$ 960 million fund to help ease the burden. It has gotten so bad that counties not run by the DPP have sent delegations to China in order to encourage tourism to specific cities and counties that have a more friendly view of China. These leaders hope to increase tourism again and create new markets to increase economic interactions. 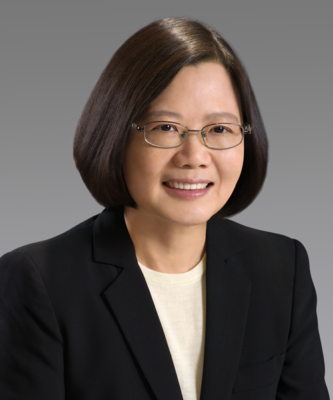 Tsai completed her first 100 days as president in August. They mainly have been characterized by a stalemate in cross-strait relations over how she has handled the 1992 Consensus. Her political capital after winning this historic election is slowly running out. Since her inauguration, Tsai’s approval rating has plummeted by 25% from 70% (in May) to 56% (in July) to 45.5% (in August). Another poll has her approval rating as low as 40.8%. She has now witnessed firsthand that running for president and being the president are two very different things and that the opinion of the electorate is fleeting—as her predecessor learned before her. As the months continue to pass by, Tsai may find herself backed into a corner that she put herself in and no viable path to move forward.  Moving into autumn, she has the unenviable task of leading Taiwan through a typhoon recovery effort, a tourism shortage, an always-encroaching China as well as working towards rejuvenating Taiwan’s economy.