Everyone thinks they know London. Its landmarks have been used in a hundred films, its skyline and riverscape instantly recognizable. For London has been at the centre of the world’s attention, on and off, for two thousand years.

Yet familiarity does not necessarily bring enlightenment. The very size and bedeviling complexity of the city have the power to obscure and to mesmerize; the unparalleled tangle of experience over such a long period of time can seem impossible to unravel.

What, then, was London? It was a capital city, a major port, an economic powerhouse, a magnet for talent and ambition. It was wealthy, populous, central to the nation, cosmopolitan yet self-absorbed and inward-looking. People have always migrated to London, from elsewhere in Britain as well as overseas, either to work or to seek a better life. London was the first modern city, with the world’s highest wages and the best standard of living for those in work. Yet London could just as easily be portrayed as a sink of depravity, a seething snakepit of avarice, prostitution and vice, with high death rates and pockets of great poverty and despair. In fact, of course, we cannot really talk of one London at all. Properly speaking, the City – the ancient walled city rather than the financiers’ Square Mile of today – is the true London, with its City wards, aldermen, sheriffs and lord mayor, city walls and Tower. But when we think of London now, we casually and understandably include much else besides, including the separate City of Westminster and the no less ancient Borough of Southwark.

This new narrative history of London pulls together all of these varied themes – and many others – with great skill, perspective and clarity. Fully illustrated, it gives the most complete and accessible insight into London’s 2,000 years of history currently available. 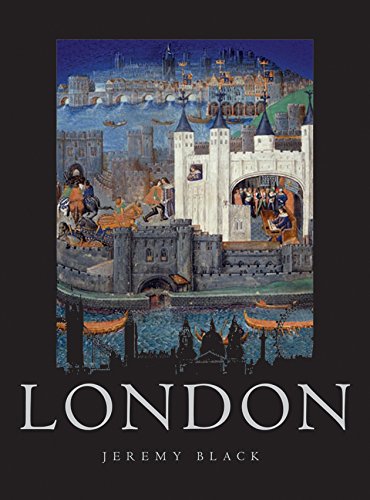