Pulitzer Prize–winning historian Walter A. McDougall argues powerfully that a pervasive but radically changing faith that “God is on our side” has inspired U.S. foreign policy ever since 1776. The first comprehensive study of the role played by civil religion in U.S. foreign relations over the entire course of the country’s history, McDougall’s book explores the deeply infused religious rhetoric that has sustained and driven an otherwise secular republic through peace, war, and global interventions for more than two hundred years. From the Founding Fathers and the crusade for independence to the Monroe Doctrine, through World Wars I and II and the decades-long Cold War campaign against “godless Communism,” this coruscating polemic reveals the unacknowledged but freely exercised dogmas of civil religion that bind together a “God blessed” America, sustaining the nation in its pursuit of an ever elusive global destiny.

The original draft of this book contained 172 pages of endnotes, which had to be shed in the name of economy. Thanks to the Internet, readers can access them here. Unfortunately, of course, the author had to substitute page and paragraph numbers for the original superscripts in the text, but in most cases it should be clear which sentences in a given paragraph match up with which sources.

Chapter 1: Why the Bush Blunders?

Chapter 2: Why the Imperial Overstretch?

Chapter 3: Why the American Heresies?

Chapter 4: A Divine-Right Republic in the Family of Nations

Chapter 7: John Quincy Adams and the Problem of Neighborhood

Chapter 27: A Purgatory in Time

Chapter 28: The Power of Words 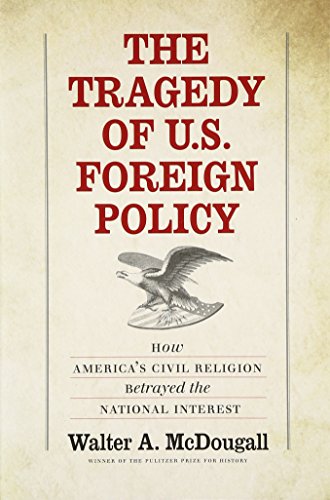